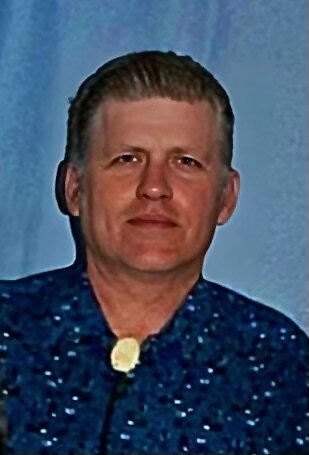 Please share a memory of Theodore to include in a keepsake book for family and friends.
View Tribute Book
GEORGETOWN Theodore S. Wright III, 65, husband of Suzanne Hull Wright, passed away peacefully on December 11, 2022 at his home. Mr. Wright was born in Chincoteague, Virginia on October 2, 1957 to Roberta Ann Hunsinger and the late Theodore S. Wright, Jr. Mr. Wright, formerly of McClellanville, was a United States Army Veteran and a graduate of Winyah High School in Georgetown, SC and Williamsburg Technical College. He was a member of New Life Church and enjoyed fishing, shrimping, and spending time with family, friends, and his beloved pets. He loved computers and playing computer games but was happiest when he was on the water. Surviving in addition to his wife of 35 years is a son, Theodore S. Wright IV of Georgetown; a daughter Mary S. Wright of Georgetown; his bonus child, Drew Clough of Georgetown; his mother and her husband Larry of Leavenworth, Kansas; one brother, John Edison Wright and his wife Dora of Fairview, Oregon; one sister, Kimberly Wright Alexander and her husband Jack of Georgetown; and many treasured extended family and friends. Online condolences may be sent to the family at www.grahamfuneralhome.org. Arrangements by Graham Funeral Home (843) 527-4419. In lieu of flowers, memorials may be made to Newlife Church of Georgetown at www.newlifechurchgt.com or via mail at P.O. Box 2154 Georgetown SC 29442. A memorial service will be held at a later date.
To plant a beautiful memorial tree in memory of Theodore Wright III, please visit our Tree Store

Look inside to read what others have shared
Family and friends are coming together online to create a special keepsake. Every memory left on the online obituary will be automatically included in this book.
View Tribute Book
Services for Theodore Wright III
There are no events scheduled. You can still show your support by planting a tree in memory of Theodore Wright III.
Plant a tree in memory of Theodore
Share A Memory
Plant a Tree