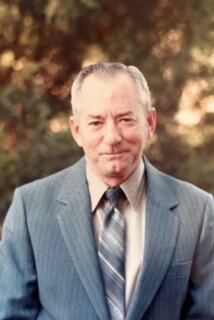 Please share a memory of Jr to include in a keepsake book for family and friends.
View Tribute Book
Lauren T. Sessions, Jr. "Sonny", 83, passed away on September 28'' at Tidelands Georgetown Memorial Hospital. Born in Georgetown on May 10, 1939, he was the son the late Lauren T. Sessions and Sarah Altman Sessions. He was raised in Georgetown, and following his graduation from Winyah High School, he enlisted in the US Airforce. After serving in the military, he returned to Georgetown where he worked as a print press operator for the Georgetown Times. In the late 70's he opened and operated Georgetown's first hardware store, Ace Hardware, until 2004. More often than not, Sonny could be found outside tending to his many outdoor projects and property. He enjoyed fishing, shrimping, and collecting antiques; seeing value in things that could seem invaluable to the bare eye. When out and about, he was guaranteed to be found at the Ball & Que enjoying a plate of country cooking and good company. As a member of The Gideons International for more than 40 years, Sonny was a core part of its community. He volunteered to represent this association in many settings including local churches, and other various places within the community. Over the years, Sonny helped to distribute thousands of Bibles to military bases, prisons, schools, and places of lodging. This service was in addition to his 30 year commitment to Georgetown First Assembly of God, where he was a longtime member of the Senior Adult Sunday School Class. Survivors include his wife of almost 49 years, Shirley S. Sessions, two sons, Laurin T. Sessions III (Charlene), Kenny Early (Gretchen), and two daughters, Pam Jordan (John), and Theresa Floyd (Ricky). Ten grandchildren, and four great­ grandchildren. A brother, Wesley Sessions (Barbara), and a number of nieces and nephews. He was predeceased by his parents, a sister, Pam S. Walker, a brother, Benny Sessions, and a grandson, Justin L. Jordan. In lieu of flowers, contributions in Mr. Session's memory may be made to The Gideon's International at www.gideons.org. A memorial service win be held on Saturday, October 8th, at 2:00 pm at Georgetown First Assembly of God.
To send flowers to the family or plant a tree in memory of Jr Sessions, please visit Tribute Store
Saturday
8
October