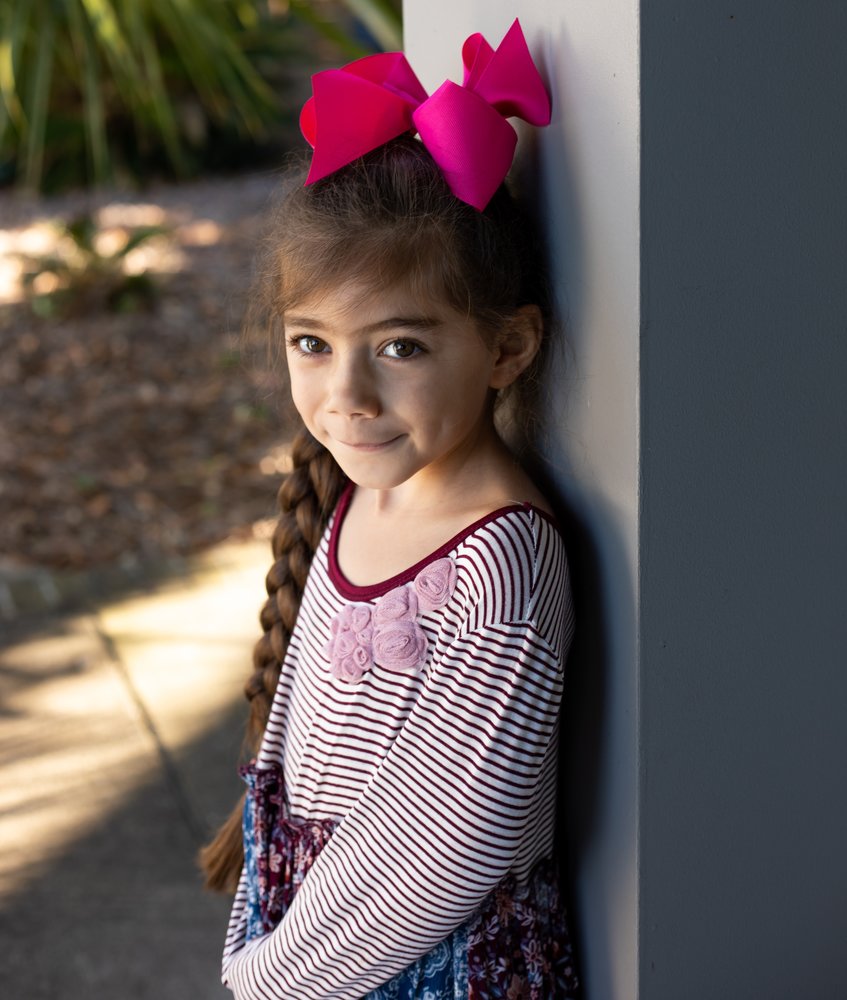 Please share a memory of Sophia to include in a keepsake book for family and friends.
View Tribute Book
Sophia Lynn Meyers, daughter of John Jeremy Meyers and Ivorie D’Nell Maxwell Meyers, passed away Thursday, July 22, 2021 after a 7-month battle with Leukemia. Sophia, born October 7, 2014, in Myrtle Beach, SC, was a natural leader who shared her warm and creative spirit with everyone who knew her. She loved to cook and bake, and dreamed of winning a televised kid’s cooking competition. Always fashionable, she enjoyed dressing up. Her favorite colors were red and blue, and she loved the Disney Princesses, crowns, and magic wands. Sophia cherished her family every bit as much as they cherished her. She was her mother’s sidekick and said that when she grew up she was going to be a mom, like her mother, and have a son named John Jeremy, like her father. At home with her younger sisters, she was the spirited ringleader. She also loved being line leader at her beloved school, Pawleys Island Christian Academy. Throughout her illness, she kept her courage and faith strong. That strength and her loving nature shone always through her kind eyes and bright smile. Surviving, in addition to her parents of Pawleys Island are two half-brothers, Ethan Taylor Maxwell of Murrells Inlet and Jason Jeremy Meyers of Heerhugowaard, Holland; two sisters, Penelope Kay Meyers and Olivia Grace Meyers, both of Pawleys Island; Grandparents Kellie Dee Metcalf and Darell Ray Metcalf of Enid, Oklahoma, Robert Aldon Maxwell of Stillwater, Oklahoma, Alvilda Propes Meyers and John Vance Meyers of Pawleys Island; a number of aunts, uncles, and extended family. Funeral services, officiated by Pastor Don Williams, will be held 11 a.m. Thursday July 29, 2021 in the worship center of Pawleys Island Community Church. Online condolences may be sent to the family at www.grahamfuneralhome.org. Arrangements entrusted to Graham Funeral Home (843) 527-4419.
To send flowers to the family or plant a tree in memory of Sophia Meyers, please visit Tribute Store
Thursday
29
July