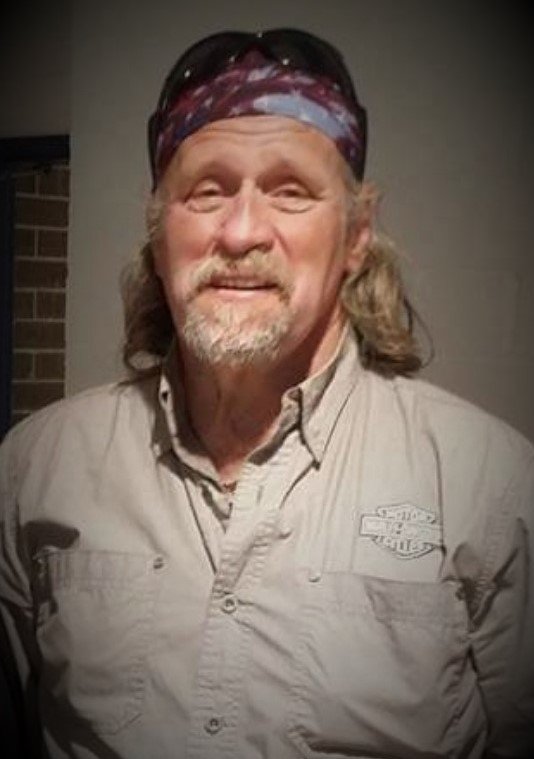 Please share a memory of Earl to include in a keepsake book for family and friends.
View Tribute Book
Earl Devon Collins, Jr., 64, passed away on Saturday, May 8, 2021 at MUSC Medical Center. A funeral service will be held at 11AM on Saturday, May 15, 2021 in Graham Funeral Home Chapel. Burial will immediately follow the service in Spring Pond Pentecostal Holiness Church Cemetery. The family will receive friends one hour prior to the funeral service beginning at 10AM at the funeral home. Mr. Collins was born on September 13, 1956 in Georgetown to the late Earl Devon Collins, Sr. and the late Evelena Wilson Mims. He was a Winyah High School graduate and a roofing contractor for many years. He was a former member of ABATE and loved fishing, motorcycles, and traveling. He enjoyed nothing more that spending time with his family, especially his beloved grandchildren. Mr. Collins is survived by four sons, Jamie Collins (Jennifer) of Hanover, PA, Christopher “CJ” Collins (Ashley) of Georgetown, Caleb Aaron Collins of Andrews, Joshua John Collins of Andrews; three grandchildren, Hyden Collins, Blake Collins, and Chloe Raley; one brother, Charles Collins (Amy) of Socastee; one sister, Denise Ward (Michael) of Kingstree; his life partner, Maureen Ashley of St. Stephen; and a number of nieces and nephews. In addition to his parents, he was proceeded in death by his stepfather, Julius “RB” Alvin Mims and his stepbrother, Cecil Mims. Online condolences may be sent to the family at www.grahamfuneralhome.org. Arrangements by Graham Funeral Home (843) 527-4419.
To send flowers to the family or plant a tree in memory of Earl Collins, Jr., please visit Tribute Store
Saturday
15
May