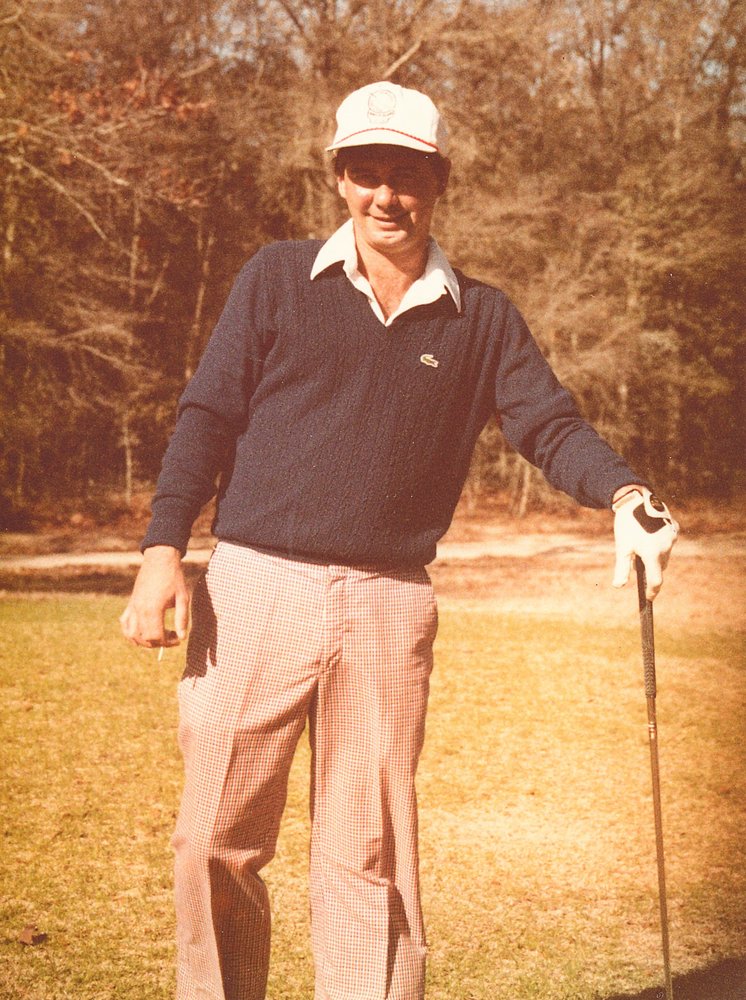 Please share a memory of James to include in a keepsake book for family and friends.
View Tribute Book
James Daniel Gore, 66, passed away on Tuesday, February 16, 2021 at his home surrounded by his family. Mr. Gore was born in Conway, SC on July 30, 1954 to the late James Archie Gore and the late Fancy Hyman Gore. He was a Winyah High School graduate and coached softball for a number of years. Mr. Gore was a member of the Professional Golf Association and a golf pro at True Blue, Caledonia, Wellman, Seagull and Founders Club. He won the Myrtle Beach Open and the Senior Open while a PGA player. In his free time, Mr. Gore enjoyed collecting shells on the beach and spending time with friends and family. Mr. Gore is survived by two daughters, Sarah Fancy Gore of Georgetown, Katie Gore Janes (Aaron) of Kingstree; one son, James Phillip Gore of Georgetown; two grandchildren, Landen Thomas Gore of Georgetown and Bennett Alan Janes of Kingstree; one sister, Renee Wall (Allen) of Kingstree; two nieces, Betsy Wall McKenzie (Wayne) of Kingstree and Brooke Wall of Kingstree; one nephew, Adam Wall (Maggie) of Georgetown; one great niece, Annie Wall of Georgetown; three great nephews, John Wayne McKenzie, Allen Colt McKenzie, both of Kingstree and Tate Wall of Georgetown. In addition to his parents, he was preceded in death by his wife, Bobbi-Jo Miller Gore; a sister, Denise “Neesie” Gore King; and a brother, Stan Gore. Due to Covid-19, funeral services will be private. If you would like to make a memorial in Mr. Gore’s memory, the family requests memorials be made to Amedisys Hospice at Amedisys Foundation 3854 American Way, Suite A Baton Rouge, LA 70816. Online condolences may be sent to the family at www.grahamfuneralhome.org. Arrangements by Graham Funeral Home (843) 527-4419.
To plant a beautiful memorial tree in memory of James Gore, please visit our Tree Store

Look inside to read what others have shared
Family and friends are coming together online to create a special keepsake. Every memory left on the online obituary will be automatically included in this book.
View Tribute Book
Services for James Gore
There are no events scheduled. You can still show your support by planting a tree in memory of James Gore.
Plant a tree in memory of James
Share Your Memory of
James
Upload Your Memory View All Memories
Be the first to upload a memory!
Share A Memory
Plant a Tree