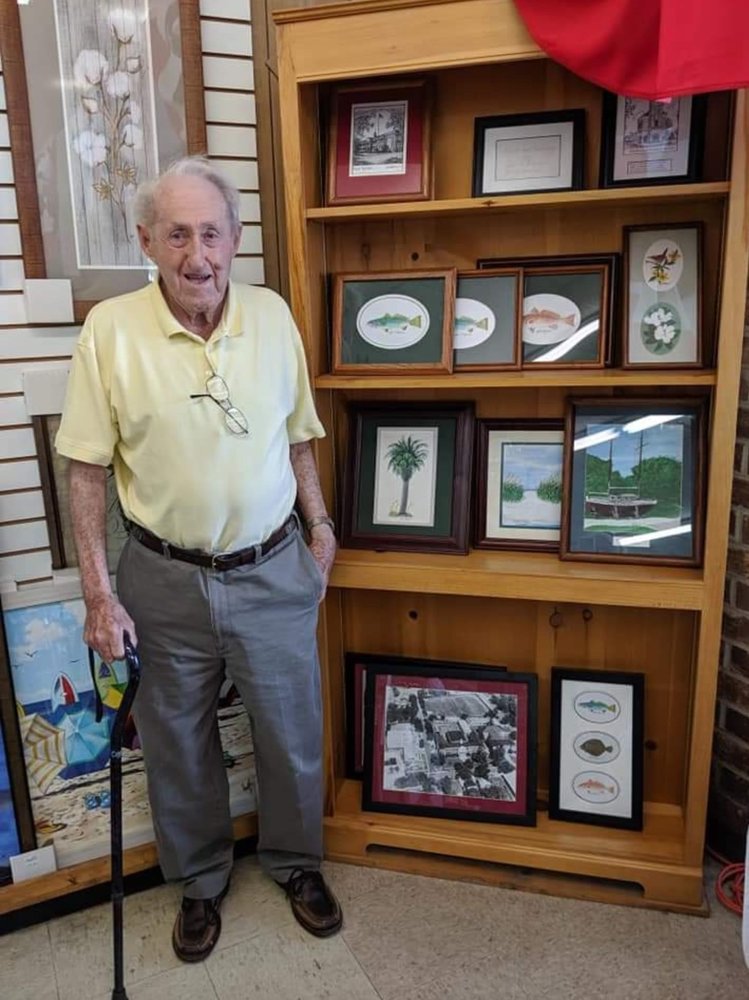 Please share a memory of John to include in a keepsake book for family and friends.
View Tribute Book
John “Jay” Everett Bazemore, Sr. passed away peacefully with his sons by his side on Tuesday, August 25, 2020 at Tidelands Waccamaw Hospital. He was the son of the late Jesse Leo Bazemore and Omie Lavenia Martin Bazemore. He was born in Charleston, SC on September 8, 1934. A graduate of Winyah High School, he lettered in football, basketball and baseball. Upon graduation, he served his country in the National Guard where he served as a cook and mastered his world famous clam chowder and shrimp creole. He was employed with International Paper Company and retired in 1996 after working there for 42 years. While at International, he served as the union president of Machinist and Aerospace workers. He was married on August 16,1959 to the love of his life, Elizabeth Ann “Liz” Gore. Together they raised their two sons, Jay and Bob. Over the years, Jay served as a Scout Leader, football and baseball coach. He was a charter member of the Georgetown County Recreation Committee and instrumental in getting the rec boat ramp funded and built. He passed his love for the outdoors to his family with fishing, crabbing and hunting. He was also a master millwright teaching them how to fix almost everything with black electrical tape. He was an avid self-taught artist and wood carver. In retirement, Jay spent time painting Lowcountry scenes, carving duck decoys and participating in many craft shows. Together, he and Liz enjoyed spending time their treasured grandchildren, friends and family. They enjoyed traveling with their lifelong friends. Jay was a member of Herbert United Methodist Church where he and Liz raised their boys. They taught Sunday school and sang in the choir. He is survived by his two sons and daughters-in-law, John “Jay” Jr. (Trudy) and James Robert “Bob” (Karen); three beloved grandsons, Fletcher, Duncan and Hudson and an adored granddaughter Kalla; sister-in-law, Mary Louise Johnson; sister-in-law, Tempsey Ann Berry Gore; nieces, Cynthia Ann Gore Martin (Jody) and Mary Beth Johnson White (Will); nephew, James Franklin Gore III (Heather), and nephew James (Jackie) Bazemore. A graveside service will be held at Elmwood Cemetery at 3pm on Saturday, August 29, 2020. The family will welcome friends and family at the graveside. Donations and memorials may be made in memory of Jay to Herbert Memorial United Methodist Church, 84 Forest Avenue, Georgetown, SC, 29440. Online condolences may be made at www.grahamfuneralhome.org.
To send flowers to the family or plant a tree in memory of John Bazemore, Sr., please visit Tribute Store
Saturday
29
August