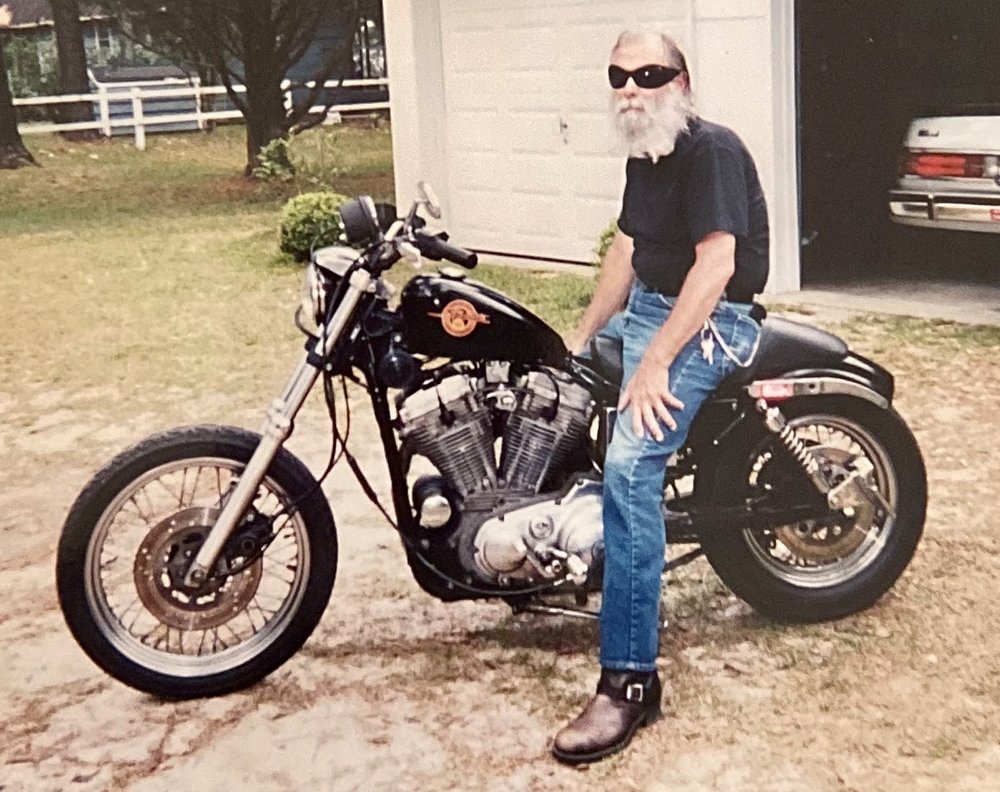 Please share a memory of William to include in a keepsake book for family and friends.
View Tribute Book
William Grady Lightsey, Jr. “Squiz”, 74, husband of Carolyn Williams Lightsey, passed away on Friday, May 29, 2020 at his home. Born in Florence on March 22, 1946, he was a son of the late Williams Grady Lightsey, Sr. and the late Cleo Ford Lightsey. He was raised and spent his life in Georgetown and he and his wife were blessed with many wonderful neighbors along the way. Mr. Lightsey and his wife were high school sweethearts that found their way back to each other later in life and he loved Carolyn dearly. Mr. Lightsey was an employee for the City of Georgetown for 34 years and a United States Navy Reserve Veteran. He loved riding and working on Harleys and fishing in his free time. He was a Christian man who loved the lord and was a member of Faith Tabernacle Church. Mr. Lightsey had a unique sense of humor and was always joking with those close to him. His quick wit and love for his friends and family will be dearly missed. Surviving in addition to his wife of 35 years are his children, Laura Jenkins (David) of Columbia, Katherine Angell (Dan) of Greer, Wanda Prince (Travis Davis) of Conway; grandchildren, Lilly Jenkins and Faulkner Jenkins of Columbia, Taylor Prince (Rebecca) of Hinesville, GA, and Kayla Prince of Georgetown; great grandchildren, KJ Prince, Jaxson Prince, Kirsten Prince, and Colby Prince; one sister Diane Parker (Billy) of Georgetown; one brother, Stephen Lightsey of Clemson; and a number of nieces and nephews. In addition to his parents, he was preceded in death by one granddaughter, Kara-Lee Fae Davis. A memorial service will be held at a later date. The family wishes to extend a heartfelt thank you to all their wonderful neighbors who are like family and have been so caring and done so much for them. Online condolences may be sent to the family at www.grahamfuneralhome.org. Arrangements by Graham Funeral Home (843) 527-4419.
To plant a beautiful memorial tree in memory of William Lightsey, Jr., please visit our Tree Store

Look inside to read what others have shared
Family and friends are coming together online to create a special keepsake. Every memory left on the online obituary will be automatically included in this book.
View Tribute Book
Services for William Lightsey, Jr.
There are no events scheduled. You can still show your support by planting a tree in memory of William Lightsey, Jr..
Plant a tree in memory of William
Share A Memory
Plant a Tree