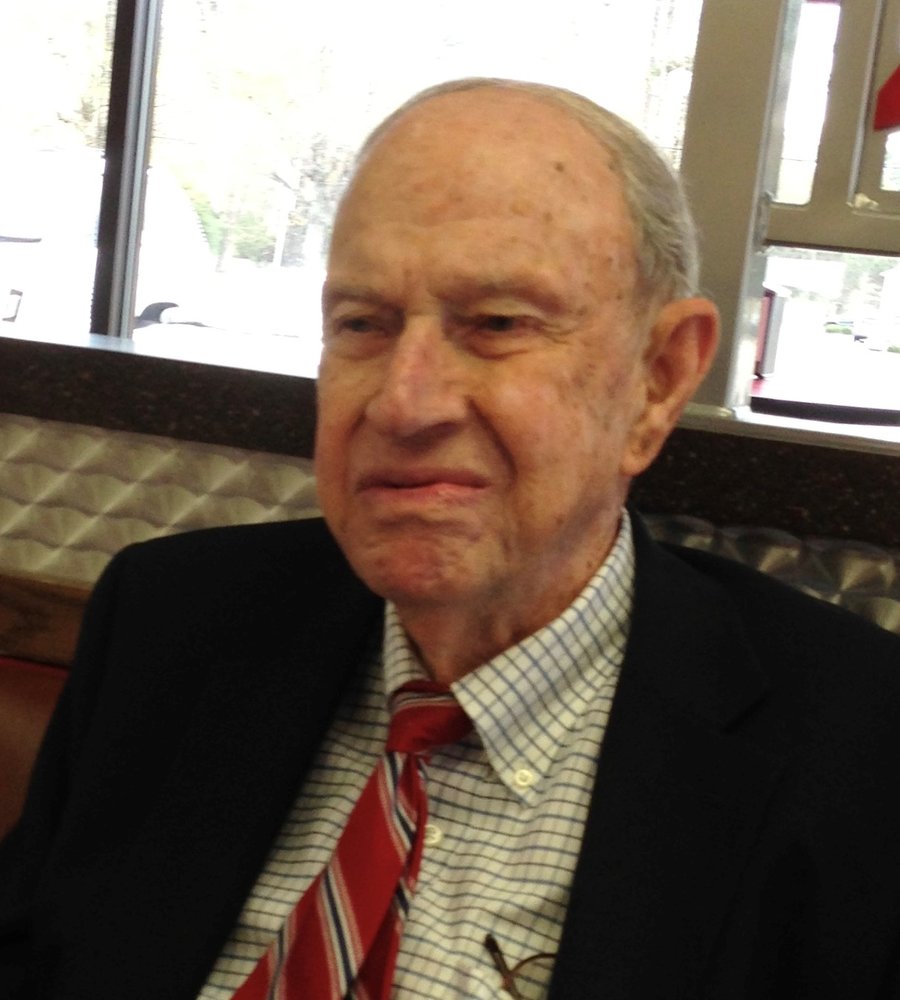 Please share a memory of Henry to include in a keepsake book for family and friends.
View Tribute Book
Henry Porter “Mocus” Moore, Jr., 96 of Pawleys Island, SC passed away on February 8, 2020 peacefully at home with his family at his side. He was born July 12, 1923 in Bishopville, SC, son of the late Anna Lee Shaw and the late Henry Porter Moore. He attended high school at Carlisle Military School in Bamberg, SC (also attended by his son), graduating in 1942. He began college at Wofford but was drafted in September of 1943 and served in the Army Air Force as a Flight Engineer during World War II. After discharge as a Staff Sargent in 1946, he completed his degree in Business Administration at the University of South Carolina. He began his career with the U.S. Department of Agriculture in the Soil Conservation Service in Bishopville, eventually moving to Pawleys Island and working in Georgetown, until retiring in 1982. Although he loved working for the soil conservation service, one of his greatest joys was to work long hours in his workshop making lamps, bird houses and bird feeders. It is hard to go to the Hammocks Shops and not see his bird feeders displayed on the rail of the Original Hammock Shop. His other great love was traveling, spending time in well over 30 countries including hiking into the mountains of Uganda at 80, zip lining in Costa Rica at 90 and dancing away to the wee morning hours on a Caribbean cruise at 92. He remained involved with the Carlisle (and Camden) Military School Alumni Association and he was also heavily involved in the Boy Scouts serving as a troop leader for many young men who are still residents of Georgetown County. He was a member of the Pawleys Island Presbyterian Church since 1963. He was predeceased by his Wife of 51 years, Virginia Wyatt Matthews Moore. He is survived by his son, Henry P. Moore, III (Georgi) of Inman, SC; his daughter, Virginia Lee Moore (Marty Rhoades) of Surfside Beach, SC and his granddaughter, Virginia “Ginna” Matthews Moore. He was very close to his sister in laws, Annette Matthews and Susan Pond; his cousins, Donnie Moore and the late Gene Moore. Uncle Mocus always had stories for all of his nieces and nephews, Anna “Nan” Straughn, Thomas “Tam” Kennerly Johnstone, III, the late Alan Henry Johnstone, Eugene Hamilton Matthews, Daniel Hill Matthews, Alycen Nigro, Anne Linton Henderson and David Pond along with the many great nieces and nephews. A special thanks to Dad’s caregiver and our friend, Shirl Holmes for the kindness and gentle care she provided to him each and every week for the past three years. A service and a celebration of life will be held Wednesday, February 12, 2020 at 2PM at Pawleys Island Presbyterian Church. Memorials may be made to Quilts of Valor at P.O. Box 191 Winterset, IA 50273 or Camden Military Academy at 520 Hwy 1 North Camden, SC 29020. Online condolences may be sent to the family at www.grahamfuneralhome.org. Arrangements by Graham Funeral Home (843) 527-4419.
To send flowers to the family or plant a tree in memory of Henry Moore, Jr., please visit Tribute Store
Wednesday
12
February