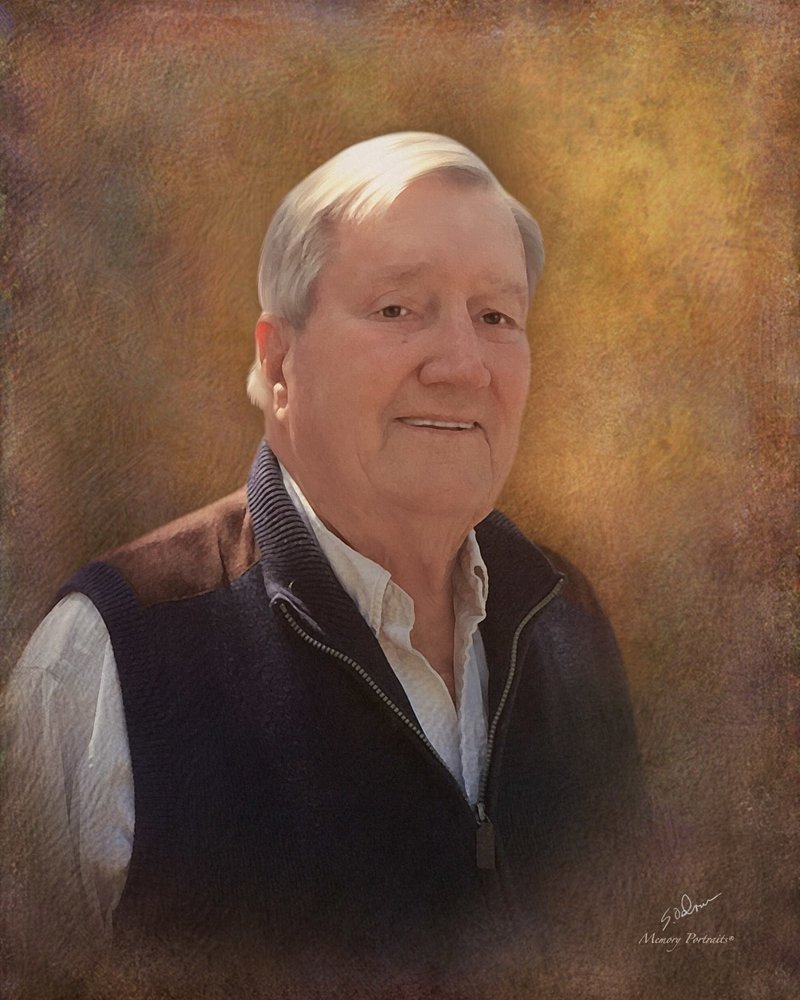 Please share a memory of Richard to include in a keepsake book for family and friends.
View Tribute Book

Richard Henry Wood, Jr., Dick, 84, of Georgetown, SC, passed away at his home on Friday, December 6, 2019, with loved ones by his side of natural causes.

A funeral service, with military honors, will be held on Sunday, December 15, 2019 at 3PM at Georgetown Church of God.  The family will receive friends one hour prior to the service from 2PM-3PM.  Interment will be held at Florence National Cemetery on Monday, December 16, 2019 at 1PM.

Dick or “Dickie” Wood, Richard Henry Wood, Jr. lived a long and beautiful life.  He was born to Richard Henry Wood, Sr. and Annie Mae Bordeaux Wood in Rocky Mount, NC on October 29, 1935.  He lived in Manteo, NC from six to ten years old and fell in love with all things related to World War II as he watched airplanes fly in and out of the Manteo Naval Base Airport in support of the war.  Life moved from the Outer Banks to Fayetteville, NC where he graduated from Fayetteville High School with the Class of 1955 and was voted “Most Popular” in the class. Dickie was athletically inclined and a very fast half-back on the high school football team with an unusual talent for running through the offensive line by nervously throwing up on his way to the goal line. He played his senior year only and was an Honorable Mention All-State high school football player in North Carolina.

Dick was drafted on March 24, 1958 to serve with the United States Army during the Cold War where he was stationed in Turkey. He was selected by the CIA to serve on a secret mission and splice wooden poles to create towers as high as 200 feet in Ankara, Turkey.  His contribution to this mission was to help establish secretive lines of communication for international surveillance purposes specifically to listen for broadcast from Russia.  He served this mission for 1 year, 4 months, and 27 days as a foreign service for the US Army.  Dick was a career salesman in the heavy forestry equipment industry and settled into life in Conway, SC with his family. He was an outstanding salesman for Tidewater Equipment Company where he worked for over twenty-five years.  He was very outspoken in the timber equipment industry and often seen tooling around town in his car with a fun pun on a bumper sticker that read, “WOOD IS WONDERFUL!”

The family purchased a summer condominium in Myrtle Beach and Dick loved sailing his Aqua Cat catamaran, swimming, and gigging for flounder with his girls. Long rides home to Conway from Myrtle Beach involved crazy antics on the CB radio as Dick’s “handle” was known as Jitterbug.  In the early 90’s, Dick relocated to Georgetown, SC and found a second career at Georgetown Auto Sales which was a fun side hustle.

He loved his family and was a devoted husband and father.  Linda was the love of his life, along with his two daughters, Amy & Eva.  He was most proud of all of his children including Cassidy, Preston and four grandchildren, Megan, Tara, Connor and Davis.

The last years of his life were busy with daily visits to Art and Eva’s property in McClellanville where he would be delighted in selecting timber for her new home construction. His former forestry contacts were able to salvage a black cherry tree to be used as a mantle in her new home.

He enjoyed keeping up with his grandkids. Megan, recently celebrated graduation from nursing school at James Madison University, and he was Tara’s #1 swim fan following her swimming accolades in high school and now in college at Old Dominion University.

He and Linda spent their golden years watching Conner and Davis chase bases at the ballfield in Georgetown.  He enjoyed playing in the pool at his home and entertaining all with quick-witted expressions and sharing Georgetown Ice House hotdogs. His kind, gentle, soul will be missed.

In lieu of flowers, memorials may be made to Agape Hospice at https://www.agapehospice.com/contact/giving/.

To send flowers to the family or plant a tree in memory of Richard Wood, Jr., please visit Tribute Store
Sunday
15
December