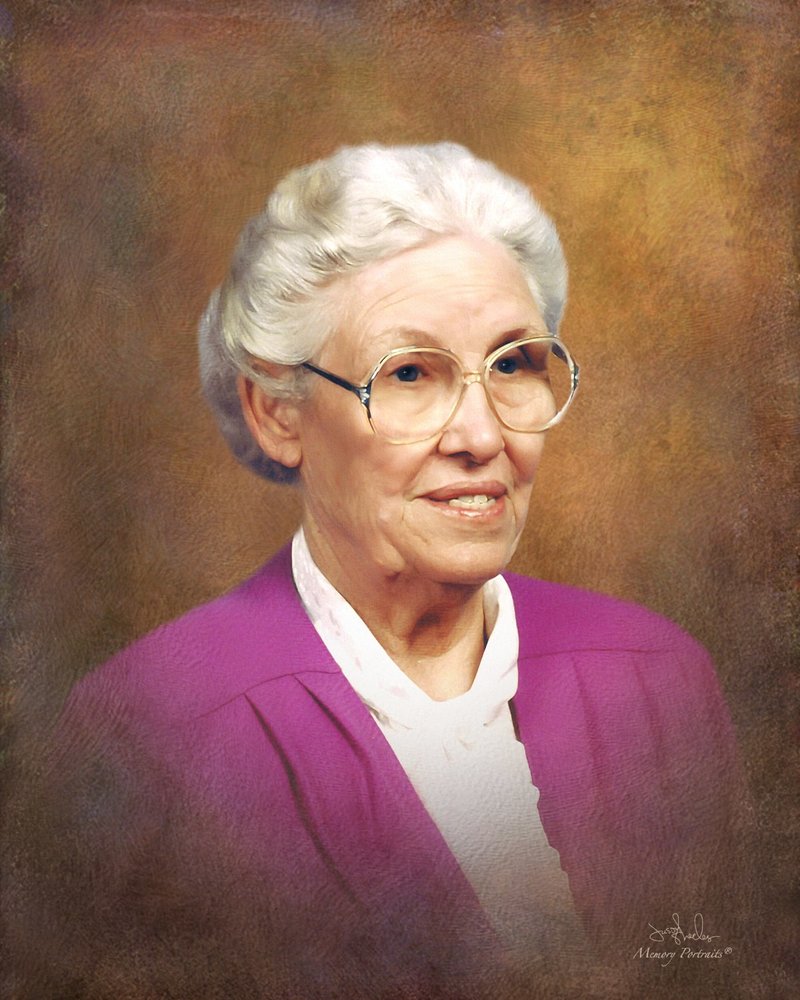 The family will receive friends on Wednesday, March 6, 2019 from 7-9PM at Graham Funeral Home.  A funeral service will be held on Thursday, March 7, 2019 at 2PM at Eastside Freewill Baptist Church.  Interment will immediately follow the service and be held in Pennyroyal Memorial Gardens.

Born in Georgetown on September 7, 1921, she was a daughter of the late Albert Leo Harrell and the late Nolie Matthews Harrell. In October 22, 1937, she married the late Murphy Lee McClellan and began a family of her own.  In, 1946, she began her Christian journey and became a dedicated worker in the church.  She was a member of Andrews FWB Pentecostal Faith Church.  She was a Sunday School teacher and served with the Ladies Auxiliary of the conference. She was a loving, patient mother and wife who enjoyed fishing in her free time.  She lived her life daily for others.  She always displayed a gentle and kind spirit.  She was passionate in her love for her Lord and her life was an example for all.  Her daily prayer was, “Lord save my children and every mother’s child.”  She never hesitated to extend a helping hand and her testimony was a shining light that will continue to shine in days ahead.  She was a shoulder to lean on, a word of encouragement to the weary, and a true prayer warrior.  For 72 years she served her Lord and Saviour, Jesus Christ and worked tirelessly for the Kingdom of God all while fulfilling the role of wife, mother, sister, grandmother, and friend.

Proverbs 31:10 “Who can find a virtuous woman?  For her price is far above rubies.”

Proverbs 31:28 “Her children arise up, and call her blessed;”