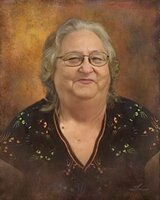 Isla Ann Cribb Watts, 73, widow of Walter R. Watts, passed away peacefully at home surrounded by her beloved family on Wednesday, June 15, 2022. A memorial service will be held at the family home, 3661 Saints Delight Road Georgetown SC 29440, at 4PM on Sunday, June 19, 2022. Mrs. Watts was born in Andrews, SC on July 25, 1948 to the late Mollie Davis Cribb and the late Herbert Lucius Cribb. She enjoyed camping, fishing, crafting, and cooking in her free time. Her love of crafting and making things by hand led to her opening Ann’s Ceramic’s and Jewelry store where she shared her joy of crafting by teaching others. Mrs. Watts is survived by a son, Lee Watts and his wife Becky; a granddaughter, Hayley M. Watts Dittrich and her husband J.D.; a grandson, Micheal M. Racer and his wife Lindsay; two sisters, Angeline Lambert and her husband Paul of Georgetown and Ruth Ann Shipman of Hertford, VA; one brother, Charles Sputnik Altman and his wife Linda of Andrews, SC; and numerous nieces, nephews, and beloved cousins. In addition to her husband and parents, Mrs. Watts was preceded in death by a son, Walter R. Watts, Jr. Online condolences may be sent to the family at www.grahamfuneralhome.org. Arrangements entrusted to Graham Funeral Home (843) 527-4419.