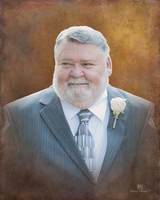 Darrell E. Todd, 72, husband of Claudia Neely Todd, passed away on Thursday, December 3, 2020 at Tidelands Georgetown Memorial Hospital. A graveside funeral service with military honors, directed by Graham Funeral Home, will be held on Sunday, December 6, 2020 at 2PM in Pennyroyal Memorial Gardens. Mr. Todd was born in Conway, SC on August 1, 1948. He was the son of the late Julius Legrande Todd and the late Gracie Jane Cooper Todd. He was a Vietnam Veteran, a lifetime member of the VFW Post 6444, and a lifetime member of Winyah Lodge #40 AFM. Mr. Todd was a lifetime Shriner, and Mason of the Masonic Lodge. He was a member, and Deacon of The Messiah Baptist Church of Georgetown, SC. He was a member and former treasurer of the United Steel Workers Union. Mr. Todd was a former officer in the Grand Strand Shag Club. He was a beloved husband, father, and “G-daddy” whose greatest joy was spending time with his friends and family. Surviving, in addition to his wife, are two sons, Mark Todd (Carmen) of Bessemer City, NC and Michael Todd (Amanda) of Charleston, SC; one daughter, Kimberly Todd Racine (Chip) of McClelanville, SC; two stepdaughters, Jennifer Hewitte (Joe) of Moncks Corner, SC and Tammy Thornal (Jamie) of Andrews, SC; three grandchildren, Huck, and Lucie Racine; Em Todd. A number of step grandchildren including Hunter Leday; Maliegh Thornal; one brother, Ronnie “Beaver” Todd (Teressa) of Georgetown, SC; one niece, April Nicole Todd of Georgetown; and one nephew, Ron Todd of Georgetown. In lieu of flowers, memorials may be made to Shriners Hospitals for Children at 2900 Rocky Point Drive, Tampa FL 33607. Online condolences may be sent to the family at www.grahamfuneralhome.org. Arrangements by Graham Funeral Home (843) 527-4419.